A downloadable game for Windows, macOS, and Linux

PuzzleTopia is a theme park built in Papertown, opened somewhere in October, 20XX.

It's creators, the Puzzle Brothers, whose names are C.W. and S.D. Puzzle, came up with the concept after a random client of theirs left a giant word search puzzle book outside their old dental company, since then, they left the dental company behind, and began work on their new venture, creating a theme park!

Sadly, they were only able to hire just one person to do all the work around the park, so they picked a random person they found on the streets, and that person's name is Will... the Vendor (is that even an actual last name!?).

That's where YOU (the player character) come in.

One day, while you were bored out of your mind in a lazy afternoon, mindlessly switching between channels of the TV in your apartment, you come across an intriguing news report about a brand new park that just opened up in town called PuzzleTopia, knowing that you had nothing else to do, you visit the park. 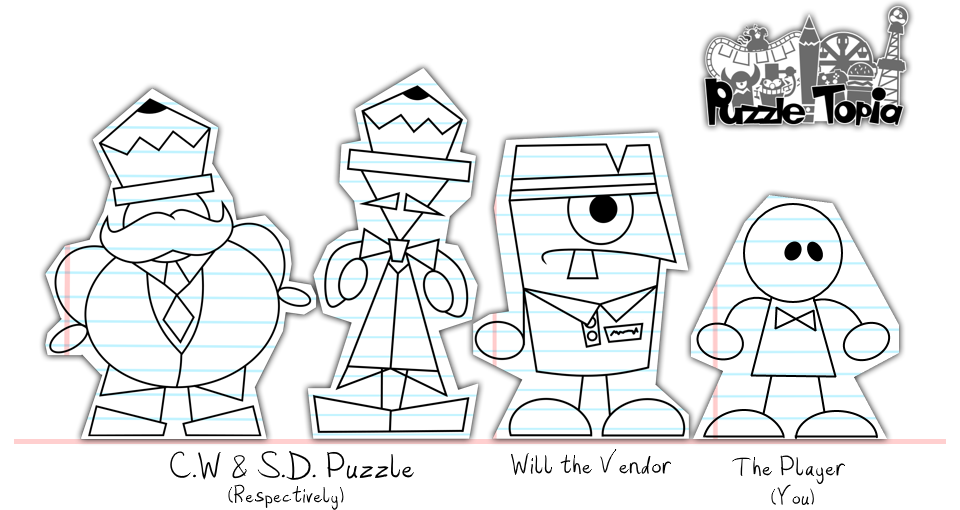 But what's this game REALLY about?

PuzzleTopia is a game about solving word search puzzles in a theme park setting, in which there are a total of 100 puzzles, it includes a character creator, which you can use to roam the theme park, or have them doing silly stuff while you're solving a puzzle!

What are the controls?

Simple, my good friend, here's a list of all available controls:

That's pretty interesting, but what does the game itself look like?

Glad you asked! Here are a couple of screenshots:

And last but not least, I hope you enjoy the game as much as I enjoyed making it!

In order to download this game you must purchase it at or above the minimum price of $9.99 USD. You will get access to the following files: 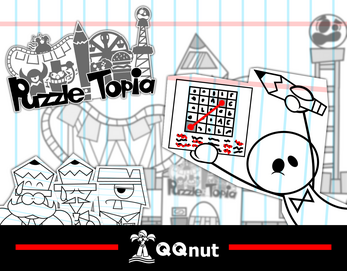